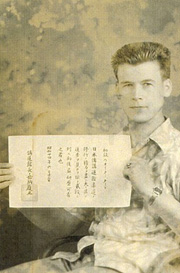 The History of the Asian Martial Arts Studio

(A.M.A.S.) originated in 1970 as a small group of students who practiced Shorin-ryu Karate-do and Hung-gar Kung Fu at the University of Michigan. The club relocated to Washington Street and became a fulltime dojo, with the name of K.E.I., by 1974. At this time, Shudokan Karate-do was added to the training and Aikido was added two years later. Also in 1976, the organization moved to the City Center Building in Ann Arbor, at which point the name was changed to the Asian Martial Arts Studio. Then in 1982, the school moved to 201 North Fourth Avenue. In 1996, we moved to our present improved and expanded location, 208 South Fourth Avenue.

Since 1974, we have endeavored as a school to deepen our understanding, to improve the quality of the instruction we offer, and to expand our influence in the pursuit of the following objectives:

-- To develop a truthful knowledge of the fundamental elements of our martial arts traditions and their roots in Asian culture.

-- To provide the opportunity for improved health and self-cultivation while accurately representing and transmitting the technical, cultural, and spiritual aspects of our martial arts traditions.

-- To contribute to the progressive evolution of the living art form and its propagation.

The responsibility of a martial artist in our tradition must extend a step further. For our martial tradition to truly be a living art form, as opposed to a sport or craft, it cannot remain static; our art must continue to evolve and serve as a medium through which the development of its practitioners can be expressed. The A.M.A.S. endeavors to contribute to the progressive development of its traditions. By strengthening and propagating these traditions within the context of modern society we will generate innovation based upon correct understanding.

The picture above is of Todd Sensei when he received his Nidan diploma from the Kodokan in Japan. Todd Sensei was one of Scott Sensei's primary teachers.